Mr Umunna chaired a report calling for regional migrant quotas in the UK – a move which could allow cities like London to continue accepting migrants even if stricter measures are introduced elsewhere in the country after Brexit.But critics said it appeared to be a scheme like the doomed EU migrant quotas where each member state is given a set number of refugees they must accept.Politicians and campaigners alike have now accused the Labour MP of attempting to trick the public into accepting a measure which means Britain still does not have control of its own borders.Eddie Bone, campaign director for the Campaign for an English Parliament, said the idea was “raving mad”, and geographically unfair, given it allows Scotland, Wales and Northern Ireland to run their own immigration systems while sub-dividing England into smaller regions. 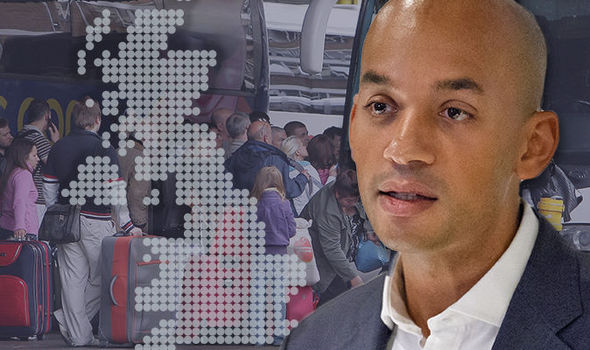 Mr Bone told Express.co.uk: “For England, he suggests different immigration policies for different parts of the country. What an utterly mad idea! Chuka has completely ‘chucked out’ the concept of England as a nation because England wants to come out of the EU.“Chuka also wants Labour to keep an open door policy on mass immigration even if it is only by an open backdoor. This means breaking England up into bogus regions.”He urged the Labour Party to give England the same focus it was giving the rest of the UK – or simply allow the entire UK to defend its borders. 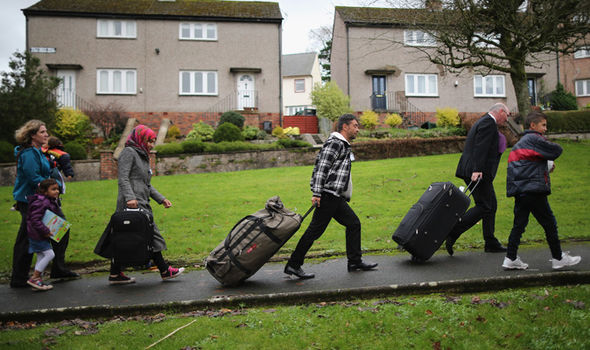 Mr Bone concluded: “No one who believes in the idea of England can vote for the Labour Party while Chukka Unumma is a leading light in it. Come on Labour ‘Chuck out Chukka! – and this raving mad idea!”UKIP also stuck the boot in, accusing the MP of being “out of touch” and making the country less safe with his suggestion for a porous migration scheme.Home affairs spokeswoman Jane Collins MEP said: “This is a smoke and mirrors ploy to make the public think the government have a control on immigration when we know it is only with Brexit – and a proper Brexit – that we can achieve that.
“Mr Umunna is demonstrating how out of touch he is… people who could not see their GP, who did not get school places for their children in their preferred schools, who are languishing on housing lists whilst we give priority to people who have not paid into the system as they have – these are genuine reasons to be angry.”And more than that, what New Labour and the EU’s immigration policy did was make this country less safe by stopping checks on people with criminal records and allowing terror groups to exploit our porous borders.” 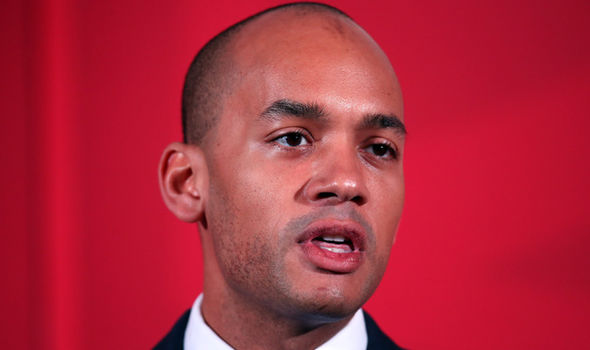 Mr Umunna, however, believes the policy could act as a third option in the migration debate, offering a middle ground between the current policy and a closed-border deal.His report also highlights the benefit regional migration quotas could give to integration.Mr Umunna said: “It’s clear that immigration has impacted on different communities in different ways and the pace of change has alarmed many.
“The government has a duty to address the lack of integration of immigrants if it is to address this. Failing to do so has left a vacuum for extremists and peddlers of hate to exploit.“We now need a meaningful integration programme which works for all parts of the UK and an immigration policy which allows all to celebrate and look beyond our differences.” 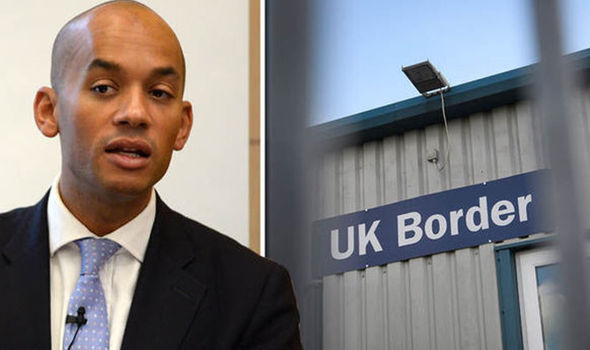 Mr Umunna’s proposal has been blasted as “raving mad”

The report added: “Promoting the geographic dispersal of immigrants has been shown by numerous academic studies to lead to higher levels of integration.“In contrast, ‘one size fits all’ immigration systems tend to lead to lopsided patterns of chain migration, wherein new immigrants are attracted to areas with high immigrant concentrations.”